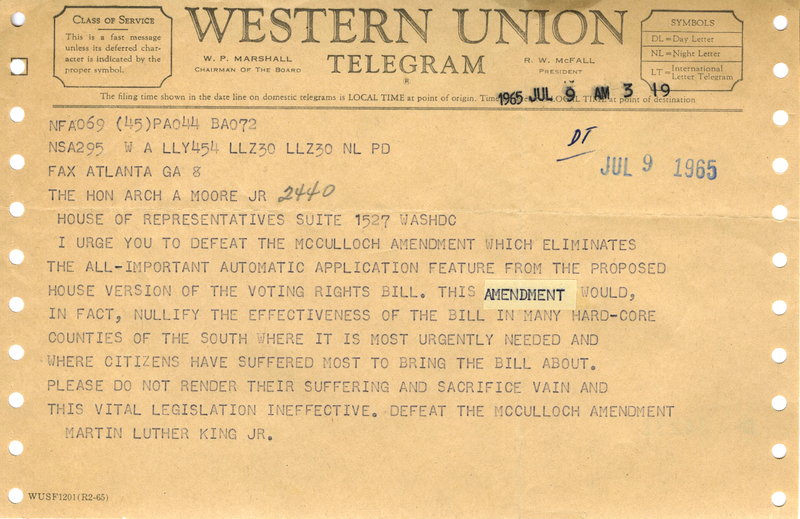 After debate stalled in the Senate, a 24-day filibuster of the bill ensued. Southern senators expressed the belief that the bill was unconstitutional and punitive to the South. On May 21, 1965, 29 Democrats and 9 Republicans signed a petition for a cloture motion. Four days later, the Senate approved debate-limiting cloture by a vote of 70 to 30. This was only the second time in its history, and the second time in two years, that the Senate had stopped debate in order to vote on a civil rights bill. On May 26, the Senate passed S. 1564 by a vote of 77 to 19.

In the House, Republicans proposed a substitute bill, H.R. 7896. Known as the Ford-McCulloch bill, it removed the automatic triggers. Civil rights leaders expressed strong opposition to the Ford-McCulloch bill. On July 9, 1965, the House rejected the substitute bill by a vote of 166 to 215. The House then considered 14 amendments to H.R. 6400, but only passed three that made no consequential changes to the bill. The House passed H.R. 6400 with automatic triggers and a ban on poll taxes in state and local elections by a vote of 333 to 85.

As Congress debated the voting rights bill, Americans wrote letters to express both their support and opposition for the legislation. 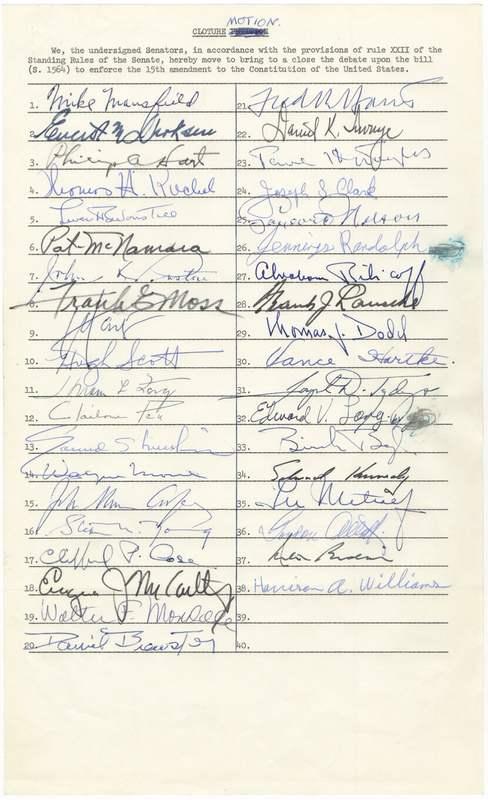 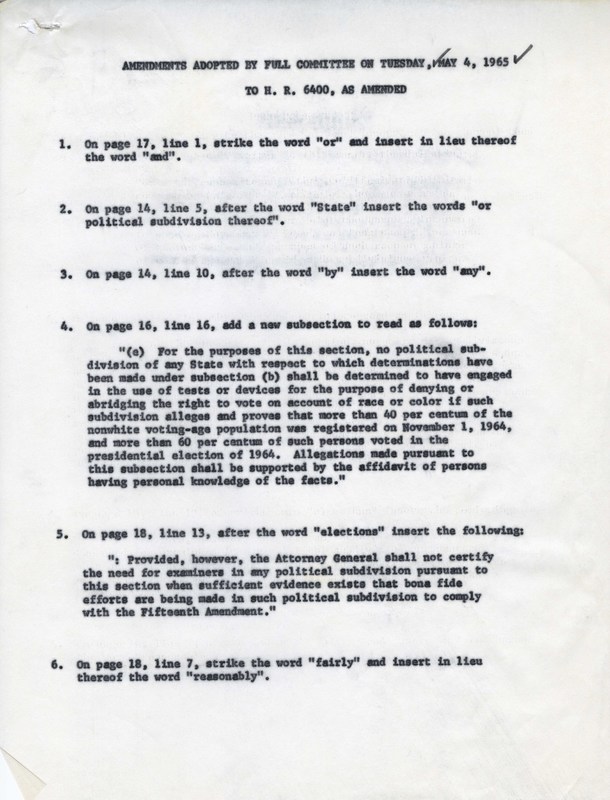 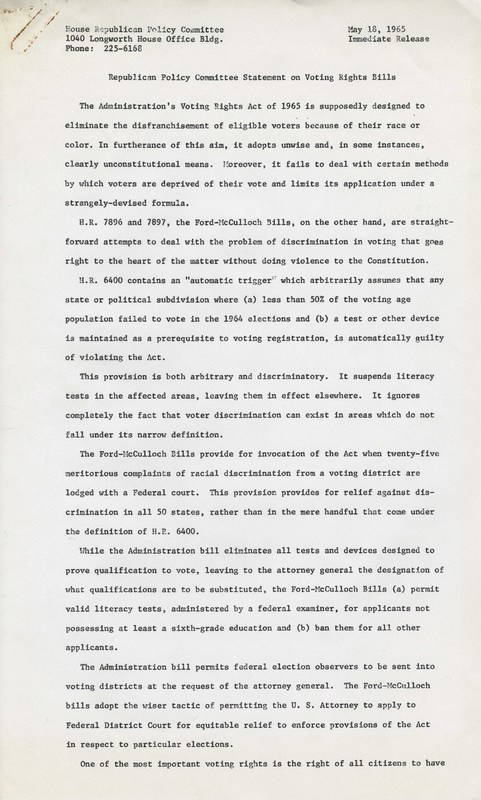 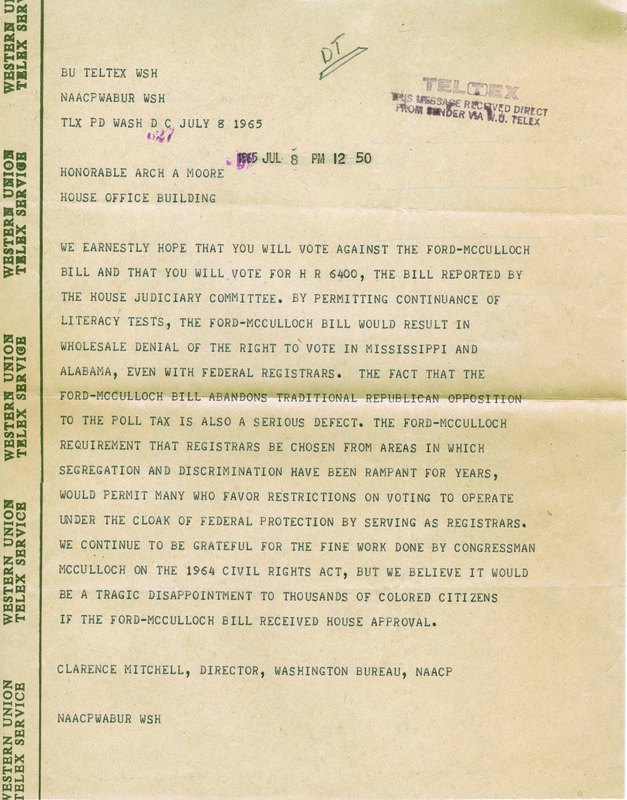 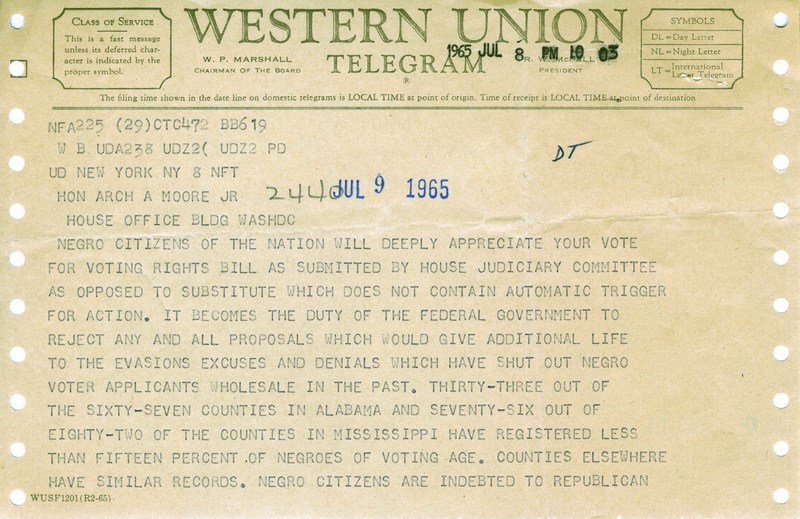 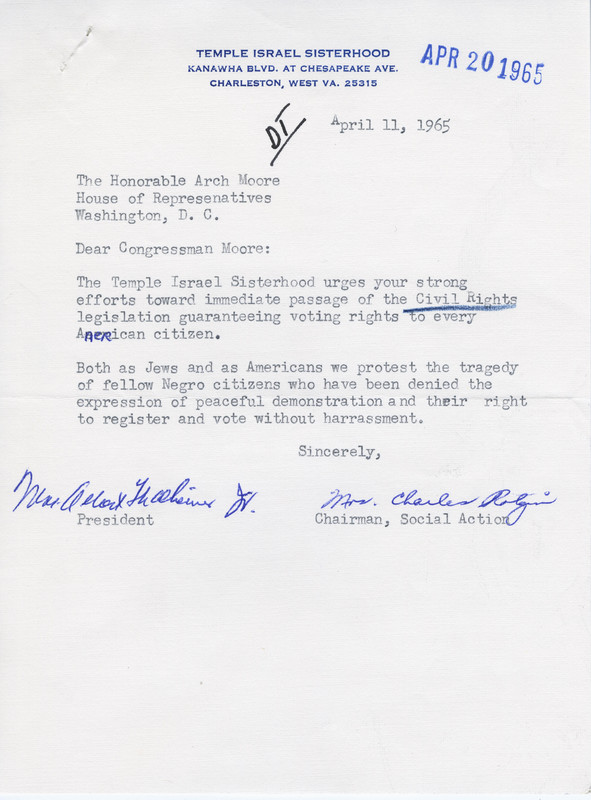 Letter from the Temple Israel Sisterhood of Charleston, W.Va. 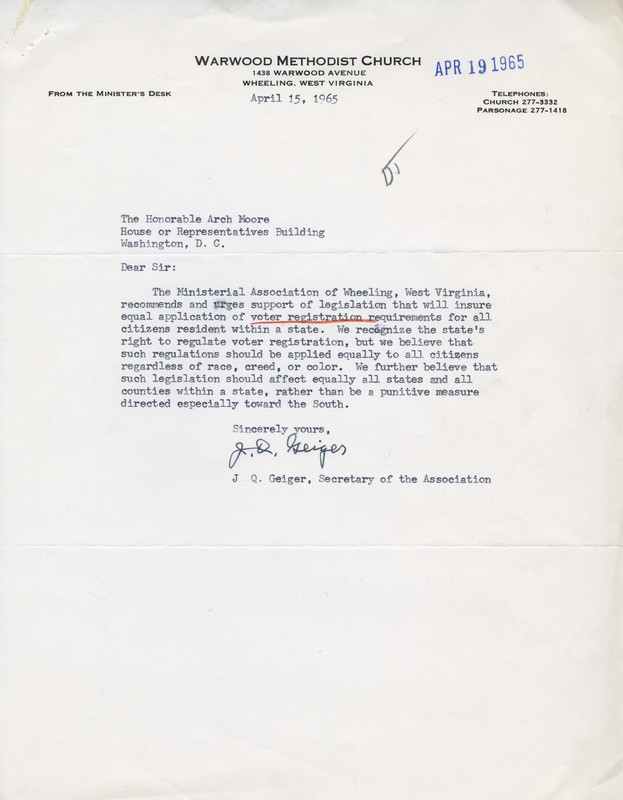 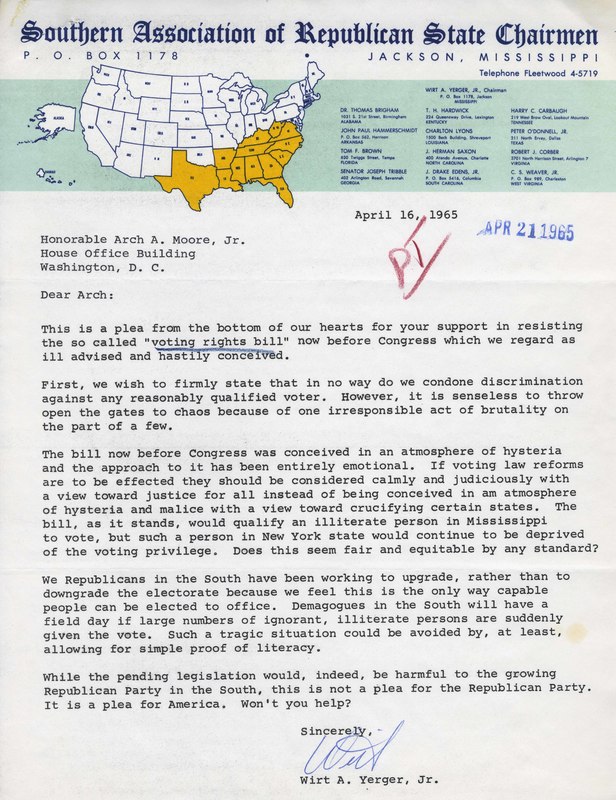 Letter from the Southern Association of Republican State Chairmen of Jackson, Miss. 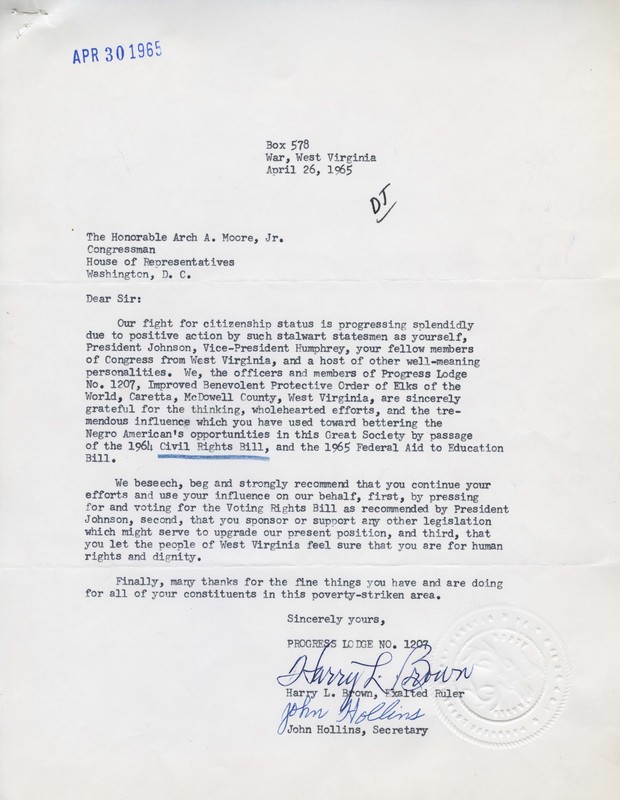 Letter from the Improved Benevolent Protective Order of Elks of the World, War, W.Va.